Esports has become a massive industry in recent years. From small back rooms and basements, gaming tournaments have gone to huge venues with tens of thousands of attendants. Its viewership has become comparable to those of major sports, and in some cases, it even surpasses it. In 2016, 43 million people watched the finals of League of Legends, compared to 31 million who watched the NBA finals iconic game 7. If Lebron James and Steph Curry couldn’t compete with League of Legends, what chances other traditional sports superstars have? One of the reasons for gaming tournaments’ popularity is prizes. They easily reach seven figures for the most important ones and are a veritable magnet for professional players. If you are looking to become one of them, here are some tips and tricks for participating in your first gaming tournament.

The old Chinese proverb says “even a journey of a thousand miles begins with a single step” and it is true for many things, competitive gaming included. If you really want to test your mettle against the professional players, you need to make that first step, regardless of how small it may be. Even participating in a local CS: GO tournament can help you conquer your fears and doubts, so shy not do it? It is only natural to be anxious when trying something new, but the only way to beat anxiety is to actually try it and see whether you got what it takes.

Preparation is key to success in any field. The assumption that proves to be wrong will almost certainly come back to bite you and you will regret not spending additional 15 minutes to learn about them. Tournament rules are usually a thing that many players ignore, only to find out that they have missed an important deadline when it is too late to do something about it. Many tournaments have specific rules that you need to know by heart if you want to have any success. For instance, if you plan on participating in them, it is vital to learn how slot tournaments work. Winning conditions, prize pool, and game-specific rules are just some of the things you need to know. There are some rules that can take you by surprise, like no hats or mobile phones allowed. 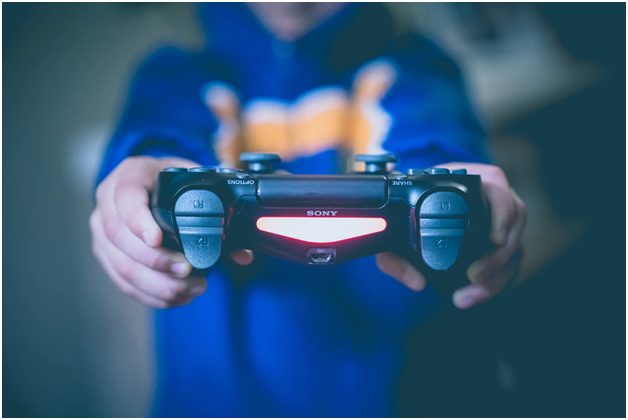 Expecting to win your first gaming tournament can be a tad unrealistic, regardless of how skilled you are. Playing against your friends and playing against professional players are two vastly different things. Going in with huge hopes is a sure way to end up disappointed and will absolutely kill your motivation. The first couple of tournaments should be regarded as a learning experience. If you actually manage to win something, that is just a bonus. In the beginning, your main goal is to learn the ins and outs of playing in a tournament and get a feel about your competition. You will also meet a lot of new people and maybe even make some friends. Competitive gaming is a fairly small world and you will see the same faces on tournaments across the globe. Having friends will help you combat boredom and stress.

Bring Your Own Food and Drinks

This is especially important for new players. Prices inside the venues are usually nosebleed-inducing. To prevent vendors from taking every last cent from you, invest in a portable cooler. You can stuff it with drinks and snacks that will last you all tournament. As a player, you can bring it in, unlike the audience. The added bonus is that you can bring your favorite snacks and not depend on the vendors’ selection. For people with food allergies, this can be a literal life-saver. Speaking of drinks, try to limit the intake of caffeine and energy drinks. Keep in mind that in a tournament game you can’t just hit pause for a quick run to the bathroom. Monitoring your drinks intake and thinking strategically about bathroom breaks are the best ways to avoid any embarrassing accidents.

Plan Your Journey in Detail

Your first tournament will be probably somewhere close to you, so getting there in time won’t be an issue. But if it isn’t, and you have to go to an unknown city on your own, planning is vital. Spend some time researching your best options for getting there. Once you arrive at the airport or train station, make sure to have a plan on how to reach the venue. What are the best routes, considering the time of day and traffic jams? Keep the application deadline in mind and try to get to the venue at least 20 minutes before it starts. That way you can be sure to get in, unlike people who waited for the last minute to show up.

The best way to prevent attending game tournaments from turning into a chore is to have as much fun as possible. There will be endless waiting, unpleasant players, and confused organizers on almost every tournament. The best way to deal with all of them is to remember that regardless of how tiresome at some point it may become, you are getting paid to play the game you love. And how many of your friends can say that?

Tech Crazee is a website came up with a great content on all multiple niche like business, technology, finance and more. Tech Crazee studies, analyze's and presents before publishing in this website. We the Tech Crazee team established a platform to build a proper and trustful medium with the internet world and the people.